According to reports, the suspect named Oke Precious popularly known as ‘Young Money’, allegedly cleared his mother’s account to enjoy himself with his friends.

He took the huge sum of money to flex with his friends and other girls while pretending to be living large like an internet fraudster known as ‘Yahoo Boy’.

It was gathered that the suspect stole the money two weeks ago and was nabbed yesterday in company of his friend after the police traced him to popular Valerie hotel in Sapele area.

He shared pictures of himself and his friends while having fun and also flaunted wads of cash on social media.

The suspect and his friend are currently cooling off in police custody as investigation into the matter is underway.

Man Kills Friend Over Ownership Of Girlfriend In Bauchi 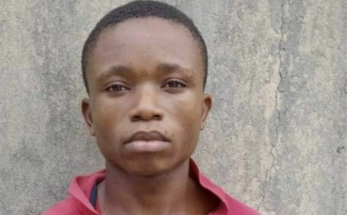