The Peoples Democratic Party (PDP) has advised President Muhammadu Buhari to either present his academic credentials to the Independent National Electoral Commission (INEC) or apologize to Nigerians.

Mr Buhari who seeks a second term in office failed to submit his educational qualifications to INEC while filling his presidential form.

He, instead, attached an affidavit claiming the Nigerian Army of which he served and retired as a major general, were in the possession of his academic credentials.

The claim did not go down well with some Nigerians who mostly said the president was being economical with the truth.

The critics are claiming that the president ought not to give such excuse again since the military was now under his control.

A similar scenario, NGPOLITICS recalls, had played out during the 2015 presidential election but many viewed it as an attempt to frustrate Mr Buhari who was a major contender in the election.

When a legal suit was slammed on Buhari, who was then a presidential candidate, compelling him to produce his certificates, the president hired over a dozen of Senior Advocate of Nigeria (SAN) to defend his claims. He contested the election and came victorious. Those who initiated the legal redress withdrew their case.

Reacting to the recent development, the PDP gave the advise on Friday in a statement issued by its National Publicity Secretary, Kola Ologbondiyan.

The PDP said while its Presidential candidate, Atiku Abubakar, has submitted his educational and other relevant documents to INEC, President Buhari is rather seeking ways to short-circuit the system, instead of complying with set rules.

“Indeed, a situation where President Buhari has been dodging the certificate issue raises huge questions of integrity, which demands that he makes available his credentials, or apologize to Nigerians, if he has none, so that the nation can move ahead,” the statement said.

“President Buhari knows by now that Nigerians are no longer interested in his claims in an affidavit wherein he stated; “I am the above-named person and the deponent of this affidavit herein. All my academic qualification documents as filled in my Presidential form, APC/001/2015 are currently with the Secretary of the Military Board as of the time of this affidavit,” the statement partly read.

The opposition party maintained that integrity strictly demands that President Buhari, particularly as the commander-in-chief, writes to the military authorities directing them to forward his claimed credentials to INEC, as requisite evidence of compliance with a key requirement for election into the Office of the President, under section 131 (d) of the 1999 Constitution (as amended).

Meanwhile, INEC has told Buhari critics to seek a legal redress if they feel the information provided by the president is not true.
source:toptipz.com.ng 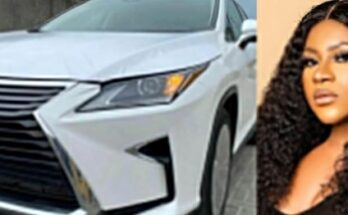