Kane, 25, will line up against Messi on Wednesday when Spurs host Barcelona at Wembley in Group B of the Champions League.

“He’s definitely set the standard for the rest of us and it motivates me to get even better,” Kane said.

“Hopefully one day I can score as many, if not more, than he has.”

England captain Kane has been the Premier League’s top scorer for two of the past three seasons and won the Golden Boot at the World Cup in Russia.

His two goals against Huddersfield last weekend put him on 145 for Tottenham, taking him past Jermain Defoe and into fifth place on the club’s top scorers list.
source:toptipz.com.ng 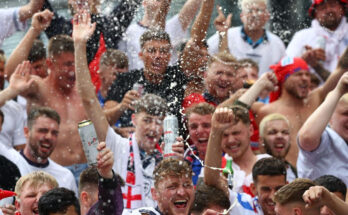 Size Don’t Matter, AJ Will Fall Like A Pack Of Cards – Usyk