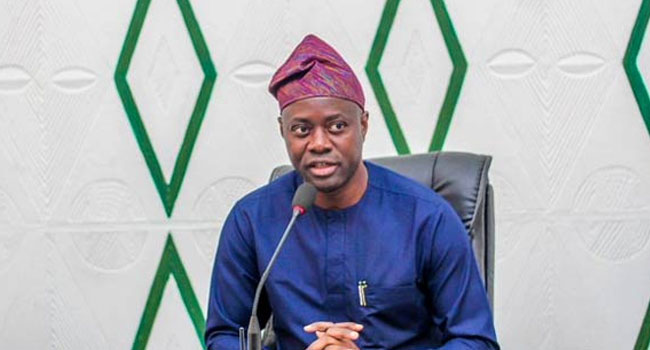 Governor Seyi Makinde of Oyo State, on Wednesday, approved the suspension of the 12 a.m. to 4 a.m. curfew earlier imposed on states by the Federal Government, saying that officials of the state’s Task Force on Covid-19 will ensure strict compliance to the guidelines and advisories during the Yuletide and after.

The governor, has, therefore, directed that religious centres be allowed to hold crossover worship services only in strict compliance with COVID-19 protocols.

The Technical Team of the Task Force on COVID-19 had earlier stated that it was ruling out the crossover services in view of the 12 a.m. to 4 a.m. curfew imposed by the Federal Government.
The governor, however, warned that worship centres must adhere strictly to the advisories and guidelines put in place to prevent the spread of the virus in the state.

Makinde, in a statement made available to Governor’s Office correspondents, further indicated that he gave the directives in a brief endorsed by the chairman of the Technical Team of the COVID-19 Task Force, Prof. Temitope Alonge, which reviewed the earlier pronouncement of the Technical Team and lifted the curfew.

He added that other advisories earlier released by the Task Force, including the directive of 50 per cent occupancy for worship and event centres, ban of street carnivals and others, remain in effect.

The statement read: “Following a review of the pronouncement of the Technical Team of the Task Force on COVID-19 in Oyo State on 29th December 2020, His Excellency, the Executive Governor, Engr. Seyi Makinde, FNSE, has magnanimously directed that the 12 midnight to 4 a.m. curfew be lifted.”

“The governor has also warned citizens and residents of Oyo State to ensure strict compliance with the guidelines, protocols and advisories as laid down by the OYO State COVID-19 Task Force aimed at limiting the transmission of the disease in our communities.”

“Secondly, he has directed that enforcement of these guidelines and protocols in accordance with the law will be applied as appropriate, enjoining individuals and organizations to comply and by so doing ensure that we all spread the joy of this season and not the virus.”

It would be recalled that the state Task Force on COVID-19 had, in a communique released on Tuesday, earlier warned individuals, families and corporate organisations in the state to adhere to protocols such as the use of face masks in public places, social distancing and regular washing of hands.

The Task Force had equally reminded event centres on the existing advisory on 50 per cent capacity occupancy for events, while also enforcing the proper use of face masks and handing washing requirements.

It admonished residents of the state, including private healthcare providers and individuals feeling unwell, to access the available testing centres across the 33 local government areas of the state.

Will Buhari Die If He Appoints Non-Muslim Northerner As Army Chief? -Reno Omokri 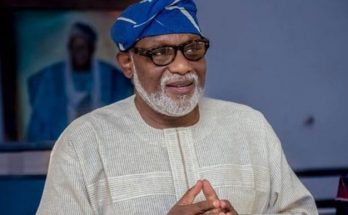