Super Eagles head coach, Gernot Rohr has identified Brighton & Hove Albion loanee, Percy Tau as the most dangerous player his side must be wary about when both teams clash at the 2019 African Cup of Nations, AFCON, qualifying fixture at the FNB Stadium on November 17.

The German tactician also said he expects the Bafana Bafana fans to come out in their numbers to support the hosts, adding that the clash will be a great one.

Nigeria head to the game after defeating Libya 3-2 in their in their last game, while South Africa played 1-1 draw with Seychelles at home.

Asked which South Africa players he’ll warn his team about, Rohr told Kick Off Magazine:
”They are all good, and the whole team plays at a high level. They scored brilliant goals against Seychelles at home.

”I particularly like Percy Tau, who has impressed me, but I know that Keagan Dolly from Montpellier is injured.”

Rohr added: ”The stadium looked really empty in that Seychelles game, but I expect more fans will come when South Africa faces Nigeria.

”I don’t know how many will come, but I believe there are also many Nigerians who stay in Johannesburg, and we hope many of them will come to support us.

”It is a big rivalry, with two of the biggest African teams meeting each other, and it will be a great game.”

Nigeria is on top of the group with nine points from four fixtures, while South Africa is in second place with eight points from the same number of games.
source:toptipz.com.ng 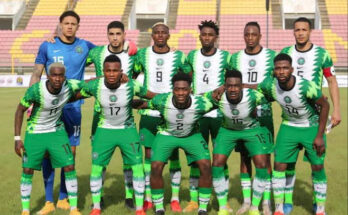 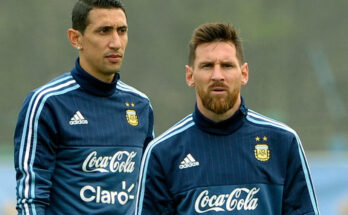 Lionel Messi is struggling in Paris as he’s yet to find a family home, PSG pal Di Maria reveals 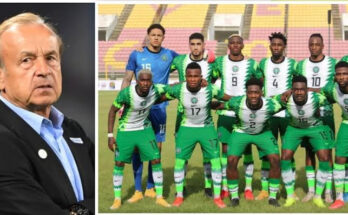