An official of Ebonyi chapter of the congress made this known to the News Agency of Nigeria (NAN) on Friday in Abakaliki.

The source confided in NAN that the union decried the lingering fuel crisis in the country at an emergency meeting.
According the official, members will be mobilised to picket erring filling stations in Abakaliki.

“The Congress condemned the seemingly lack of action on the part of government and relevant agencies to quickly address the situation which Labour noted is having adverse effect on the workers.

“Since December till now, Nigerians have been subjected to horrifying experience as they are made to buy Premium Motor Spirit (PMS) between N260 and N300 during the Christmas and New Year periods.

“The price of PMS still sells above the approved pump price of N145 with some filling stations selling at N230, while others sell at N250 even after the festivities to chagrin of Labour.

“Worrisome is that no efforts are being made in Ebonyi like other states to sanction erring filling stations by relevant agencies of the Federal Government.

“Hence Labour, at its emergency meeting held Jan. 4 has decided to picket filling stations in Abakaliki found selling the product above the government approved price of N145 including filling stations hoarding the commodity,” the labour leader said.

The source further revealed that NLC would interface with leadership of the oil marketers to prevail on them to compel their members to sell fuel to the public at the official pump price.

“Labour will first of all engage the leadership of the oil dealers in dialogue but will embark on picketing of filling stations if the interface failed to yield desired result,” he however said.

NAN reports that, DPR and the Ministry of Petroleum Resources have consistently debunked product scarcity and any hike in pump price.

NAN also reports that as a result of the unofficial increase in the pump price of PMS, intra-city transporters have increased their fare from N50 to N100 per drop.
source:toptipz.com.ng 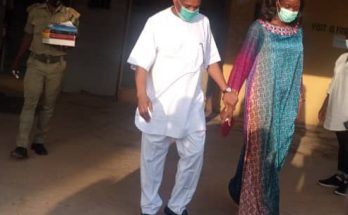 FG Announces Five Airports To Be Reopened By June 21