The ex-parte motion marked FHC/ABJ/CS/284/2018 was filed at an Abuja high court.

The government requested an interim court order “temporarily attaching/forfeiting the properties listed in schedule B here under, to the federal government of Nigeria, pending the conclusion of further inquiry/investigation by the special presidential investigation panel for the recovery of public property and/or possible arraignment of the respondent”.

The motion was filed on behalf of the government by Festus Keyamo, a senior advocate of Nigeria (SAN).

Thirteen properties were reportedly traced to Ekweremadu; nine are in Nigeria, two in the UK, eight in Dubai and three are in the US.

Following the purported discovery, TheCable reported that Abubakar Malami, attorney general of the federation (AGF), had filed a false declaration of assets charge against Ekweremadu before the Code of Conduct Tribunal (CCT).

Ekweremadu is said to have failed to disclose the foreign assets in his declarations to the Code of Conduct Bureau (CCB).

EKWEREMADU: NO ASSETS TO FORFEIT

Reacting to the motion exparte, the deputy senate president said he has no asset to be forfeited to the government as he has declared all his assets with the CCB as required by law.
Uche Anichukwu, his special adviser on media, made this known in a statement.

He said: “The attention of the office of the deputy president of the senate, Ike Ekweremadu, has been drawn to a motion exparte filed by Festus Keyamo Chambers on behalf of the special presidential investigation panel for the recovery of public property.

“The motion is for an order to temporarily forfeit assets it claimed the senator did not declare with the Code of Conduct Bureau (CCB).

“The so-called panel sought and obtained his assets declaration forms, but could not look at them since it is clearly out on a vendetta and smear campaign.

“Again, Sen. Ekweremadu wishes to assure all his supporters and well-wishers that there is nothing to worry about.”
source:toptipz.com.ng 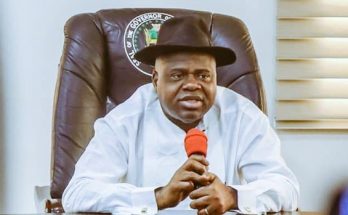 President Buhari Backs Keyamo On 774,000 Jobs, Asks Him To Proceed