Tambuwal is favourite to clinch the ticket, as he has the backing of Nyesom WIke, Governor of Rivers State, who is currently the party’s biggest financier.

The Tambuwal group is said to be pushing, and has made considerable progress, for the withdrawal of Sule Lamido, former Governor of Jigawa State and former Foreign Affairs Minister; David Mark, former Senate President, Niger State Governor and Communications Minister; and Ibrahim Dankwambo, the outgoing Governor of Gombe State, from the race to support the former House of Representatives Spesker.

“The Tambuwal camp has been able to reach out to some of the aspirants,” said a source very familiar with ongoing 59th-minute-of-the-eleventh hour meetings.

“They have been able to get David Mark, Lamido, Dankwambo to step down for Tambuwal between today and at the convention ground tomorrow. For now that is the plan.

“They are also trying to work with Kwanwaso but he has not given them any positive response for now. They are working on Ahmed Makarfi as well.”

However, according to the source, the proposed withdrawal of these aspirants is only part of a larger scheme to ensure Tambuwal emerges winner at all costs. The main scheme, he says, is to tamper with the delegates list.

“So what they did was that they put two, three up to 10 names that are a bit shady on the final delegates list; you cannot trace them as members of the House of Assembly, you cannot trace them as Local Government EXCO. For example, for states where they have 10 members of the House of Assembly that are members of PDP, they tried to make it 15 or 20. And it’s a total of around 700 that, if push comes to shove, they would use for Tambuwal as guaranteed delegates.

“But they are also doing that to justify the shady delegates list they’re preparing. If these guys step down, it will look to the people as though the supporters of these aspirants were the ones who voted for Tambuwal.” 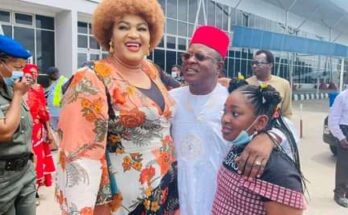 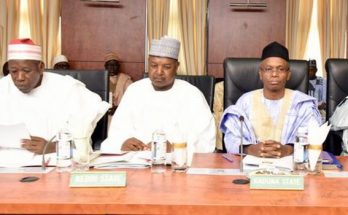